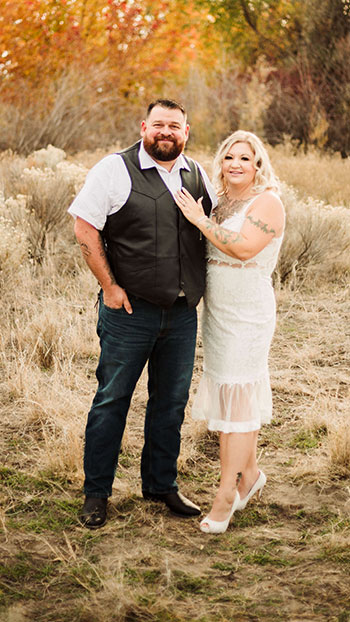 Bobby started his working career in the Parts Department of a Ford Dealership in Seattle working the swing shift, throwing freight, and looking up parts for the night crew. Although he enjoyed his job, Bobby needed some sunshine in his life, so he moved to the Tri-Cities area in 2008. Bobby became the Warehouse Manager of a nonprofit organization, shipping out children's toys to school districts across the United States and managing their bookkeeping processes. During the slow summer months, Bobby started up a lawn care company to pass the time. The lawn care business took off very quickly and Bobby ended up leaving his warehouse manager position after 5 years to run the lawn care business full-time. After three years of running the lawn care business, Bobby purchased a cleaning business to keep him busy in the off-season. While running the cleaning business, Bobby had the opportunity to work with Ben and the JRCC team on a large fire restoration job at a local school district; In January 2016, Bobby made the difficult decision to sell his lawn care and cleaning businesses. Bobby was drawn to the JRCC team because it gave him the opportunity to help people on a daily basis as an Estimator and then Claims Manager at JRCC.

In September 2017 Bobby returned to the entrepreneurial world as an independent estimator/consultant under the business name Epic Estimates. Now Bobby can help any Restoration business when they are in distress by writing a fair and accurate estimate and expediting the process of returning the property to the pre-loss state.

On a personal note, Bobby has three children, Brice, Michael, and Emma. Bobby also has two grandchildren Brian and Chloe. Bobby is married to Shannon and has two bonus sons Adrian and Preston. Bobby lights up when he talks or even thinks about Shannon or his family … Bobby's hobbies include league bowling, motorcycle riding, lawn mowing, staying up-to-date on the latest gadget or app, and learning estimating software.

Shannon grew up in the San Jose area loving the sunny skies as a child, she moved with family to the Moses Lake area early on and spent years traveling back and forth. She ultimately finished her Junior high and high school in Moses Lake. Shannon wanted some adventure in her life, so her best friend and Shannon decided to move to Dallas where she started her working career at Hallmark cards. She quickly moved up in the company, but after a few years in Dallas, she decided to move back to Moses Lake to be around family. Shannon got a job at Best Western; this is where she got her first dose of learning accounting. After being at Best Western for a few years she decided in 2007 to apply for a job at JRCC. She started there as the only office person they had. Besides what she learned in QuickBooks at Best western she had to learn JRCC's accounting and the restoration industry also. Shannon let no challenge stop her. She accelerated quickly as the office manager and started to hire staff to work for her. In her early years at JRCC Shannon had two children, Adrian and then Preston while holding down a full-time job. While working at JRCC Shannon also found the love of her life, Bobby. Bobby was an estimator at JRCC. They got married in April of 2020 in the middle of Covid, she became a bonus mom to his daughter Emma.

Shannon and Bobby purchased a house in Moses Lake together with the 3 children and their little dog named Abby. Shannon is also on the planning committee for RIA and has a few IICRC certifications.

See Our Services
See Our Pricing